Although it was mentioned obliquely before, Glie now exists. It receives the ADS-B data from RTL-SDR in 1090ES band and produces an image. I can hit refresh in the browser and watch airplanes coming in to land at a nearby airport in real time. 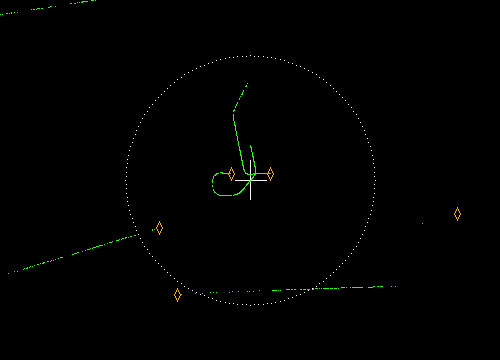 This stuff is hardly groundbreaking. Many such programs exist, some are quite sophisticated in interfacing to various mapping, geography, schedule, and airframe information services, as well as in the UI. This one is mainly different because it's my toy.

Actually, the general aim of this project is also different, because unlike most stuff out there, it is not meant to be a surveilance tool, but to provide a traffic awareness readout. No persistent database of any kind is involved. No map either. Instead, I'm going to focus on onboard features, such as relative motion history (so one can easily identify targets on collision course).

But mostly, it's for fun and education. And already Glie is facing a few technical challenges:

For now I'm going to take it easy and play with what I have, aiming for some kind of a portable system. Perhaps someone develops an open source UAT receiver on a practical platform in the meanwhile.